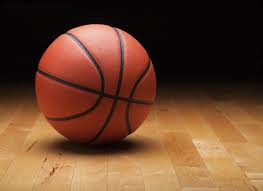 Nathaniel Frazier, known to most as Coach Frazier, or simply Nat, passed away on Sunday afternoon, September 22nd. It was sudden, surprising, and unexpected, just like everything in his life.

Nat was the eldest of seven children born to Bishop Stephen and Mrs. Diana Frazier. He was born on April 18th, 1935 in the small town of Beaufort, South Carolina but was raised in Savannah, Georgia. His father presided over several small churches. Nat and his siblings often accompanied their father on trips to towns where he would deliver the gospel. He often spoke fondly of those journeys, but Nat didn’t feel the call to follow his father’s footsteps. He realized that sports, especially basketball, was his passion.

At A.E. Beach High School in Savannah, he was a three sport star who shined brightest on the basketball court. In 1953 Beach High won the Georgia State High School basketball crown with Nat leading the way. The following season he guided Beach into the finals again and was named to the All-Tourney team. In 1954 Nat led the team in scoring and, along with his brother Sol, formed a one-two punch that made Beach one of the best teams in the south. That kind of talent didn’t go unnoticed. Nat ended up at Tuskegee Institute where he was twice named all SIAC and led the team in scoring. Bad knees ended his playing days after a short stint playing in the New York City Industrial League, a semi-pro hoops haven. Although one door closed, another door opened.

Nat met Alice Poinsette in the summer of 1959 while working at the Hillcrest Center for Children in upstate New York. The two would marry three years later, forming a bond that would last for 57 years and land Nat in what he called his most important job ever, being a father to his two boys, Kevin and Kenny.

After Hillcrest Nat began to pursue his passion of coaching basketball. What started as a part-time job with kids in the New York City Public School Athletic League would eventually take him all over the globe and to the highest heights of the game.   He proved himself as a skilled recruiter at Delaware State and then the University of Illinois, where he was part of a group of pioneers that helped integrate Big Ten coaching staffs. Eventually, he would find his way to the place where his coaching legend was made. At Morgan State, Nat introduced a style of basketball that emphasized intricate offenses and hard-nosed defense. That combination produced a winning formula that propelled the Golden Bears to unprecedented success. He was named Associated Press “Coach of the Year” in 1974 after guiding Morgan State to the NCAA Division II Championship. In seven seasons at the helm of the program, Nat would become the 10th winningest coach in Division II history at the time.

He left Morgan in 1977 for the NBA and spent a season with the New York Knicks. After New York, he continued on his coaching journey in both the college and professional ranks. He was part of the ownership team and the general manager in the groundbreaking WBL, the women’s basketball league that would pave the way for what is the WNBA today. He owned a semi-pro team, the Columbia 29’ers, and had a stint at Bowie State as the head coach before returning to Morgan from 1986 to 1989. Nat also spent a decade of summers coaching overseas in the Venezuelan Special Basketball League where his Carabobo team won the league title in 1973. He took his Morgan State teams on several overseas trips and also traveled to Africa to help spread the game and train coaches in the Western part of the continent.

Rona, and grandchildren, Kennedy and Ava; two brothers, James (Al) Frazier and Timothy (Neil) Frazier; and a host of nieces, nephews, close friends, and former students and basketball players who became like family to him.

Funeral services will be held on Tuesday, October 1st, at Morgan State University’s Murphy Fine Arts Center, 2201 Argonne Drive, Baltimore, Maryland 21218. The viewing will be held from 9 – 11 AM, and the funeral will begin at 11 AM. The repast will follow immediately at the Morgan State University Student Center, 1700 East Cold Spring Lane, Baltimore, Maryland 21251. The burial service will be held the following day with close family only in attendance. In lieu of flowers, the Frazier family would like you to make a donation to Morgan State University in honor of Nat Frazier using the following link – https://givetomorgan.org/give/. Once on the landing page, choose "Athletics Excellence Fund" from the Apply My Donations drop-down menu Write: "Nat Frazier Memorial Fund" in the Instructions About My Donation field. All contributions go to the Morgan State University Foundation, an established 501(c)3. Consult your tax adviser.

To send flowers to the family or plant a tree in memory of Nathaniel "Nat" Frazier, please visit our floral store.