Welcome to the memorial page for 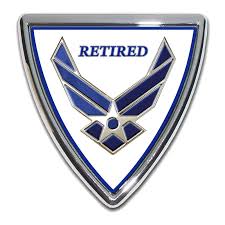 Seaton B. Norman was born February 5th, 1918. He was the eldest of eight children given birth by their mother, Annie Pritchett Norman. His siblings by his father James Thomas Norman, were Alethia, Nancy Jane, and Albert. They lived over the country store owned by his grandmother, Nancy Jane Rhodes, in Scuppernong Township, North Carolina.

After Seaton's father was gone, his mother remarried Paul Davenport, and gave birth to Annette, Paula, Becky and Paul.

Unusual for this time in rural America, Seaton graduated from high school in 1934.

Seaton earned the Bronz Star for building a radio station to communicate with planes flying to and from Korea, Guam, Okinawa, and the Philippines.

He also earned the Korean Service Medal and several other theater of operations awards.

During his 30 years of service, Seaton travelled all over the world, including Puerto Rico, Equador, Nicaragua, Panama, England, Germany, Japan, Greece, Saudi Arabia, Morocco and Korea. He was in the service when the U.S. Army Air Corps became the U.S. Air Force and Seaton was the first person in the Air Force to earn the rank of E-9, Chief Master Seargeant.

While in the Air Force, Seaton met and married Mada Maxine Wells. Then came World War Two. During the war, Seaton served with the 40th Bomb Group. They flew B-18 Bombers from Puerto Rico all through the Caribbean, looking for and sometimes bombing German submarines. He was transferred to Panama, and then to Guatamala, where he helped to protect the Panama Canal from German and Japanese submarines, between there and the Galapagos Islands. Meanwhile, Maxine gave birth to two children, Charles in 1943 and Judy in 1945.

Seaton then became a trainer for crews to be sent to England and Japan, in B-17, B-24 and B-29 Bombers, in Salina, Kansas Air Base. From there, he was sent to Herington, Kansas Air Base to train more crews. He was at Herington when WWII ended.

Seaton, Maxine and their two children went to live in Tampa, Florida until he was assigned to the 305 Troop Carrier Wing at Tachikawa Air Base in Japan.

Maxine divorced Seaton while he was stationed in Japan from 1950 to 1953, and he stayed single for ten years. In late 1959, he was transferred to Ramstein, Germany, and then to Wiesbaden, Germany, where he met and married Ellen Kayzlar.

In 1962, Seaton was reassigned to Andrews Air Force Base in Maryland. He was the Superintendent of the President's Air and Ground Communications Station, and he was there, at the station when President Kennedy was shot by Lee Harvey Oswald in Dallas, Texas.

Seaton and Ellen were divorced in 1975. This time, he stayed single only about five years.

He continued to work at NASA, as a contractor with Bendix for about two and a half years. He was then hired as a civil service worker for another 36 years at the Goddard Space Flight Center. While there, Seaton was awarded the NASA Distinguished Service Medal, Goddard's highest award of merit. He also received the NASA Headquarters Exceptional Service Award, Manned Flight Awareness Award, the Snoopy Award (twice), and several others for his contributions to human flight.

Seaton helped to provide communications for satellites for Space Shuttles, the Hubble Space Telescope, Apollo, Gemini and may scientific satellites. He travelled to Johnson Space Center in Houston, Texas, for many manned space missions. And he made the trip with two Astronauts to the NASA Tracking stations in Chile and Ecuador. He also travelled with NASA Headquarters personnel to the Moscow Control Center to discuss the cooperation between NASA and Russia.

Seaton retired from NASA at the age of 92. He said he loved all of his jobs in the Air Force and NASA.