Share a memory
Obituary & Services
Tribute Wall
Read more about the life story of Bruce and share your memory.

This obituary was lovingly submitted by the family of Bruce Nelson

Bruce was a much beloved husband, father, son, brother, friend, and mentor to many, with his greatest joy coming from his family. He wrote an annual holiday letter for twenty years detailing the highs and lows of suburban family life parenting two children through their teen and young adult years. His words were a mix of poignancy, hilarity and sentimentality, a combination that brought tears and chuckles from an ever-growing audience. He enjoyed and celebrated those connections as he shared his and Melissa’s parenting journey and “…learned to hold them close on the tough days and bask a bit in their sunlight on the good days…”. Bruce did all of that and more with a deep and abiding love.

For more than 50 years, Bruce spent his career and post retirement years involved in journalism, first as an award-winning reporter at newspapers in St. Cloud and St Paul, MN, followed by more than three decades as an International Staff representative with the NewsGuild/CWA union negotiating contracts on behalf of employees who primarily worked for news and digital media companies.

After his retirement in 2015 Bruce returned to his love of writing with a blog, Let's Think This Out: Bruce Nelson's Musings and Meanderings on a Changing World, that returned him to his journalistic roots and developed an international following. His goal was to provide his readers with “… a few paragraphs of prose every now and then, crafted, … with a tablespoon or two of insight, along with an occasional dash of irony and wit.”  He succeeded remarkably well.

Bruce was also a walker, which provided his best problem-solving opportunities while logging many miles over a variety of terrains from the malls in the cities and towns where he negotiated Guild contracts, to the walking trails surrounding the 55 and better community he and Melissa lived in, to the beaches of St. Augustine and Newport.

In lieu of flowers, the family requests donations be made in Bruce’s memory to Camp Friendship/True Friends, 10509 108th Street NW, Annandale, MN 55302 or online at www.truefriends.org .

Services will be live-streamed HERE.

To send flowers to the family or plant a tree in memory of Bruce Raymond Nelson, please visit our floral store.

Video is available for this event 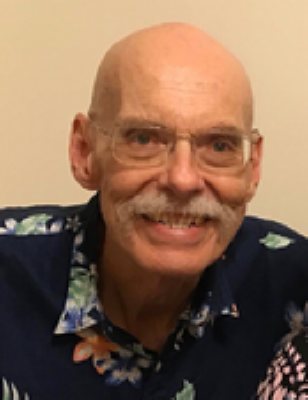