Share a memory
Obituary & Services
Tribute Wall
Read more about the life story of Robert and share your memory.

Robert Laird (Laddie) Thompson of Laurel, Maryland passed away on November 29, 2022. He died peacefully in his home with his loving wife of almost 65 years, Sonia Thompson, by his bedside. Laddie was born on February 16, 1937, in Raleigh, North Carolina to Mary Lewis Nivison and Marshall Alexander Thompson. As a child he moved with his parents and three older siblings, Anne, Tommy, and Mary Lou, to College Park, Maryland. In 1955, he graduated from Northwestern High School in Hyattsville, MD, where he met the love of his life, Sonia Evelyn Bohonis, when they were paired together as dance partners in Phys Ed. The couple married on February 22, 1958. In 1963, Laddie and Sonia settled in Laurel, MD, where they made their forever home and raised three children: Connie Susan, Sally Anne, and John Marshall.

Laddie (also known around town as R.L. or Bob) got to know Laurel while gaining experience as a young electrician at Ray’s Electric Motor Repair Service, C&P Telephone Co., and Jack Stone Lighting and Electrical, before starting his own business, R.L. Thompson Electric, in 1967. Both Bob and R.L. Thompson Electric Inc. became pillars of the local community, quite literally “lighting up” Laurel for more than 50 years. R.L. Thompson Electric quickly earned a reputation of great work and integrity, and Bob cultivated a work environment that felt like an extension of home for employees and customers alike. Family members could always be seen hanging around the shop or lending helping hands; one special helper in particular being Bob and Sonia’s sweet cockapoo puppy Mogul, the original canine electrical contractor’s assistant. Over half a century later, R.L. Thompson Electric sustains its trusted reputation where even customers feel like family under the leadership of R.L.’s son, John Marshall Thompson.

Bob’s favorite place in the world was Sky Valley, Deep Creek Lake in Western Maryland, where he enjoyed hunting, riding motorcycles, swimming, fishing, boating, and snow and water skiing. He was a master slalom water skier until late in life, and taught all of his children and grandchildren how to stand up out of the water and glide gracefully across the lake. He cheered on every victory and every crash back into the water, while Sonia caught it all on home video from the front seat of the boat.

Bob never met a person he didn’t like, and his philosophy of life prioritized hard work, unconditional love, patience, and illuminating the gifts in others. His children remember the values he instilled by example, such as: “everyone’s different and nobody’s perfect,” “there ain’t no such word as ‘can’t,’” and “always say I love you.”

Please join us in celebrating the life and light of Robert Laird Thompson on Friday, December 16, 2022, with a reception at 3:00 followed by a service at 4 p.m. at Donaldson Funeral Home, P.A.,  313 Talbott Avenue, Laurel, MD 20707. Donations may be made in Robert’s name to the Michael J. Fox Foundation for Parkinson’s research .

To send flowers to the family or plant a tree in memory of Robert Laird Thompson, please visit our floral store. 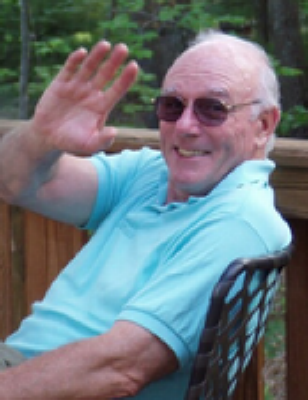