Share a memory
Obituary & Services
Tribute Wall
Read more about the life story of Shirley and share your memory.

Shirley Inez Pfister (nee Metcalf) 90, of Ellicott City, formally from Laurel Maryland passed away on January 9,2023 after a brief illness. Shirley grew up in Baltimore, Maryland where she graduated from Western High School. She met the love of her life, Paul F. Pfister, when she was only thirteen years old. On January 27,1951, they were married and began a family a year later. Paul and Shirley moved to Laurel in 1956 so that Paul could manage the family business, Pfister’s Mobile Home Park. Shirley took care of Paul throughout his long and difficult illness. After he passed away in 2000, Shirley continued to live in their home, adjacent to the Mobile Home Park, and she took over the management of the family business until it was closed, and the property was sold. In 2006, she moved to Ellicott City.

Shirley enjoyed going to her sons’ high school football games and track meets. She often had no voice left after cheering so loudly. She enjoyed watching the Baltimore Colts and later became a Ravens’ fan and always wore her Ravens’ jersey as she watched the games. She also loved college football, especially the Maryland Terrapins. Another favorite pastime was reading. An avid reader, there was always a book by her side along with plenty of word searches.

Shirley worked at Aloe Medical Supplies for several years, but her greatest joy was being a mother and grandmother. After her children were grown, she began taking care of her grandchildren and several nieces and nephews. Children were drawn to her, and she spent her days teaching them and loving them. She had a special bond with them, and they loved her deeply.

Shirley will be best remembered for her loyalty, love for her family and the twinkle in her eyes. Her smile brightened up every room she entered; she had a way of making people laugh and smile.

Joanne Kloby, a niece that was more like another sister.

A memorial donation, can made to Toys for Tots -- a charity that Paul and Shirley supported and that was dear to their hearts.

To send flowers to the family or plant a tree in memory of Shirley Inez Pfister, please visit our floral store. 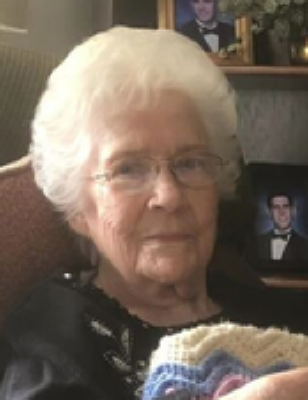