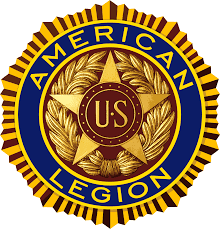 William H. Blucher, age 88 of Laurel, MD passed away June 3, 2022. He was a veteran of the United States Air Force. Bill was an honored truck driver for Schlitz Beer and then Giant Food for over 20 years before retiring. He was a lifelong member of the American Legion who loved NASCAR and the Baltimore Orioles. He is preceded in death by his wife Bonnie Blucher, a brother-in-law Kenny Miller and a sister-in-law Linda L. Blucher. He is survived by his son William P. Blucher and his wife Emily, grandson Christopher A. Blucher and his wife Ariah, great grandson Joseph C. D. Blucher, sister Naomi E. (Betty) Miller, brother Amos H. (Jerry) Blucher, Close Friend Sis Wetzel and several nieces and nephews.

To send flowers to the family or plant a tree in memory of William Henry Blucher, please visit our floral store.

A Memorial Tree was planted for William

We are deeply sorry for your loss - the staff at Donaldson Funeral Home, P.A.

Join in honoring their life - plant a memorial tree